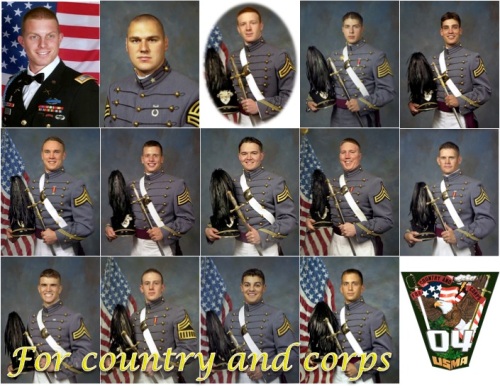 Memorial Day … it’s not just a day off, a day to BBQ, or a day to thank a veteran … it’s a day to honor and remember those who have made the ultimate sacrifice while serving in the armed forces. This weekend my thoughts are with Garrison Avery, Ben Britt, Camden Bock, Michael Cerrone, Ryan Dennison, David Fraser, Jason Holbrook, Paul Pena, Robert Seidel, Adam Synder, Daniel Whitten, Dennis “Dezil” Zilinski, David Hortman, Jacob Fritz, and the thousands of others who proceeded them. For country and corps – 2004 … well done, be thou at peace.

“It is foolish and wrong to mourn the men who died. Rather we should thank God that such men lived.” ~ General Patton

This entry was posted in Veterans. Bookmark the permalink.